CONSOL Energy, a publicly owned Canonsburg-based producer and exporter of high-BTU bituminous thermal coal, is one of the leading energy companies in the United States of America. We own and operate some of the most important productive longwall mining operations in the nation and one of the largest export terminals on the Eastern seaboard. As we like to say, America’s energy truly does start here. 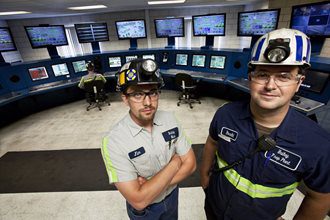 CONSOL Energy’s commitment to providing the best coal assets in the world is made possible by operating at some of the largest mines, terminals and complexes, right here in America. 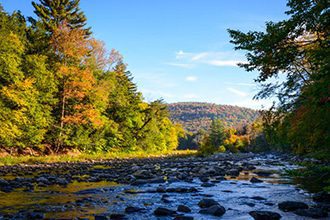 From the safety of our employees to the environment and communitees in which we work and live, CONSOL Energy’s corporate responsibility efforts are rooted in our core values and woven throughout the fabric of our corporate culture.

Improving and strengthening the communities in which CONSOL operates to make them better places to live, work, and prosper by creating access to opportunities, and to strengthen their resilience and cohesion.

CONSOL Energy Inc. (NYSE: CEIX) is a Canonsburg, Pennsylvania-based producer and exporter of high-Btu bituminous thermal and crossover metallurgical coal. It owns and operates some of the most productive longwall mining operations in the Northern Appalachian Basin. Our flagship operation is the Pennsylvania Mining Complex, producing approximately 28.5 million tons of coal per year.
More Info

Join our Proud Team of Experts

Throughout more than 150 years of operation, one of the hallmarks of our company has been the expertise, dedication and loyalty of our employees. We’re proud that they have chosen to become valuable members of the CONSOL Energy team and have remained with us for rewarding careers in various fields and segments of our business.
Join our Team